It is generally a given that a larger number of mobile web users translates into increased social engagement. The notion is incredibly straightforward: when we all have access to Facebook, Twitter, Google Plus and other platforms on our phones and tablets, it’s much easier to comment, interact, and follow our favourite connections.

However, recently I’ve noticed social engagement on most platforms declining in a number of important ways. And surprisingly, the fault might lie with the way App developers are making the mobile web faster.

To understand why this might be happening, and what it means for your marketing campaigns, let’s take a closer look at how mobile is changing the face of social engagement…

The first cause is the easiest spot. If you’ve been using LinkedIn, Twitter and Google Plus, you’ve undoubtedly noticed your mobile apps have become more streamlined. In Twitter specifically, sharing counts have been taken away altogether.

Facebook’s switch was straightforward. In a move to “monetize” the sharing, viewing, and revealing of posts, they have gated views to bare minimums, thus requiring the showing of posts to a larger audience for a fee. For Facebook, it means millions (billions?) of dollars in new revenue. For the everyday marketer, that means it’s harder to get screen time, or to see who is liking and sharing a content.

Google Plus slimmed-down its interface by switching off a number of engagement-inducing features like Ripples, which gave users the ability to see who viewed and shared your post, and then linked to those shares you could join the resulting conversations. They also took away the restriction of Gmail-verified-only sign-ons, which attarcted a deluge of fake and spam accounts, turning away or turning off many regular users.

These shifts have made it more challenging for marketers to have their content seen, shared, and recognized. But perhaps even more damaging was the rebranding of Google Plus Pages to “Google My Business,” which also included a reduction in functionality. For many months it was slightly more than a profile app that’s connected to Google Maps for local businesses. Some features have returned, including the ability to switch accounts from your Google Plus Profile. Here's hoping more features return in the weeks ahead.

The net of all of this is that newer mobile apps are making it more difficult for followers/connections to find and share content (and for marketers to see and interact with those sharers).

Not That Amped for AMP

A second byproduct of the mobile revolution is that users are showing their preference for faster loading times. This has led to Google, and others, to promote AMP (short for Accelerated Mobile Pages). To demonstrate their interest in the technology, Google recently added AMP to the Google Search Console (formerly Webmaster Tools).

Rather than bore you with the technical details, I’ll summarize the concept behind AMP as a system that swaps out standard HTML for an extremely minimized version, which gives the impression of extremely fast page loads. However, it’s important to note that a lot of what’s being left out to make way for that speed includes content and data that people often look for. I foresee AMP as a developer tool moreso than a marketing tool moving forward, and until it becomes more robust, a very niche development option.

You can find a good example of the way AMP works via the new LinkedIn and Google+ apps. I don't believe they are actually AMP'd, but the loading and whatnot appear an awful like an AMP site might. They come up very quickly, but at the price of having just a few items load at a time in their users’ streams. To see more, readers have to manually perform a refresh. Additionally, both apps remember your last position and will resume its display there when you return to that screen. So, if new items were added to your stream while you are away, they are not shown immediately. For me, the impression is that there's nothing "new", potentially leading to closing the app. So much for "dwell" time.

This matters for a couple of reasons. First, it suppresses new content that would have otherwise or previously visible to mobile users right away. Additionally, it means that for meaningful social interaction to occur, you either have to time your content perfectly or wait for followers to manually pull down on their devices to refresh the stream. Then, they’ll wait 1 to 5 seconds for a new set of items to load. As any marketer can tell you, that’s an eternity when you’re trying to win a viewer’s attention.

Smaller apps and minimized page loading have important implications for the way we work and interact in social. As marketers, it means we get fewer chances to make an impression and interact with our fans and followers. As social users, it means engagement goes down and conversations gets smaller – parts of the web that used to be broad forms become cliquish circles.

It could be the case that each of these problems will work itself out, of course, and that developers will find a way to bring back the social engagement we want while still minimizing app loading times. In the meanwhile, however, the web is in a state of flux, and anyone who uses social to reach out to prospects (and who doesn’t?) needs to know that the rules are changing, a trend most certain to continue. 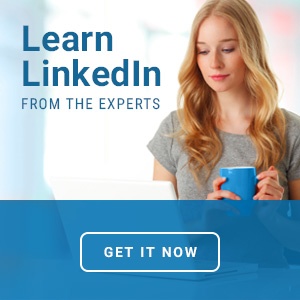