4 Reasons Content Scrapers Are Too Stupid to Worry About

Just a few mornings ago, I was contacted privately by a colleague on Google Plus. Knowing that I create a lot of content, books and articles, he wanted to get my opinion on an unfortunate situation. Namely, that he’d caught a competitor “borrowing” content from his site… and by borrowing, I mean lifting it word-for-word (try the Copyscape Checker).

Having dealt with these kinds of issues myself, I passed along a few insights, which I’d like to share with you today in hopes you find them helpful.

The sad reality is people who see your material on the Internet can essentially copy/paste it at their leisure. There just aren’t any reliable methods within web browsers to stop them from doing so.

If you track visits and activity on your website, this revelation won’t surprise you all that much. I like to keep an eye on my analytics, and regularly see competitors poking around. The first time I noticed people taking my content, it really freaked me out. Some of them even went as far as downloading my offers and adjusting the copywriting on their websites to match my own messaging.

Eventually, I came to realize that others in my industry were learning from me and took it as a compliment. For one thing, they were implicitly acknowledging me as a leader in the field. And for another, I hoped they might pick up some of my best practices and use them with their own clients. After all, a rising tide floats sea-worthy ships (and sinks those that aren’t).

I should point out, however, that my generally relaxed attitude towards plagiarism comes with a couple of exceptions…

Even if you decide to take the high road, as I’ve tried to do, there have to be limits. To show you why, I’ll briefly explain two true situations from my own experiences, and what I did about them.

In the first case, there was a local online marketing firm that copied our approach from the first day we went into business. They were (are) the kind of low-ball, budget-pricing, no ROI, revolving client door type of business I rail and rant against so often. They are the snake oil salesman who ruin the credibility of our industry for everyone, bringing in countless small business accounts by hawking empty promises. I certainly didn’t love the fact that they were using my content to sucker more people in to doing business with them.

I considered leaving them negative reviews, outing them publicly, and even knocking on their doors – whether I would have delivered a summons or a punch in the nose, I couldn’t say. But eventually, I came to realize they were the losers in this situation. This other firm was constantly chasing mine, and doing a poor job of imitating our work.

Now, it doesn’t take a genius to spot a fake, and knowledgeable clients are able to spot the real thing, so the good clients were not flocking to this unethical vendor. So, if they are going to bottom-feed and look for business I wouldn’t have accepted anyway, do you think I should still care?

The second instance involved an american-based character who is a known serial plagiarizer, with a long list of terrible reviews, pending court cases, and individuals hunting him down. For him, I think stealing content wasn’t just about improving search rankings or growing sales, but for the attention. I suspect he was actually proud to be the “bad guy,” and revelled in the notoriety it brought.

Fixing the problem with him was easy. Given that he used his real name in different configurations when downloading my content (nobody said he was the sharpest stick in the pile), I simply opted him out of my emails so my system wouldn't send any further communications to him from my business… effectively cutting off his access to the deeper, more meaningful content people may receive via my offers.

3. Why I Generally Don’t Worry Much About Plagiarism

I don’t want anything I’ve written here to be taken as advice to completely ignore it if someone is copying or scraping content from your website. If the problem is bad enough, you can usually look up a content thief’s hosting provider (using WHOIS data) and issue a takedown request. You can also report the replication to Google, although they are only likely to pay attention to it if the scraped content raises above your originals in organic search.

In most cases, however, I don’t worry that much about copied or scraped content. Why should I? Scrapers – by the very nature of the crime they commit – are demonstrating just how incredibly lazy they are. That’s why they are scraping content in the first place, instead of creating content or concepts on their own.

Once you realize this to be true, you come to a couple of conclusions. The first is that lazy people tend to scare easily. For most cases, a bit of sabre rattling – via a well-worded note from your lawyer or a formal takedown request – will be all it takes to scare a scraper off and have them wander in the direction of an easier victim.

The second realization is that lazy people aren’t going to put you out of business. They might try to duplicate a bit of your content, but they can’t steal your thinking, the detail you put into your process, or your imagination or your ethics. They can’t really threaten you in the market, because they aren’t able to do what you do. They are like an imitation brand of cereal or soda, while your business is the real thing. They can pretend to be your competitors, but they aren’t really (could never be) in the same league.

4. Scraping the Bottom of the Barrel

A couple of years ago, I discovered a well-known blogger scraping articles from my feed. She was displaying the content on her own website without attributing the source. I reached out to her in social media and asked her why she would do that. Her answer? It’s accepted practice.

That was a load of crap, and we both knew it. So, I asked her, firmly but politely, not to use any more of my content without the appropriate references. I then walked her through best practices, outlining how she could use other people’s content in a way that was fair, ethical, and unlikely to cause further challenges. I even shared a link to Google’s policies, outlining how and why the world’s largest search engine doesn’t look kindly on the types of activities she was engaging in.

Do you think she took my advice? I ran across the same person not too long ago, and found she’s currently pitching “Twitter growth hacks” that include inflated success numbers (shown as inflated by the promo content she displayed - yup, dumb as a sack of hammers). In other words, all she did is what others will do; move on to the next spammy activity.

I think her story sums up my point pretty perfectly. There are always going to be people who want to scrape or steal what you’ve created, and that’s unfortunate. You shouldn’t lose any sleep worrying about them, though, because they really aren’t that smart. Do you really think these people deserve any more of your attention?

For those who really want to learn how we do this, we're interested in teaching. Nobody needs to resort to stealing it since we are more than happy to share. 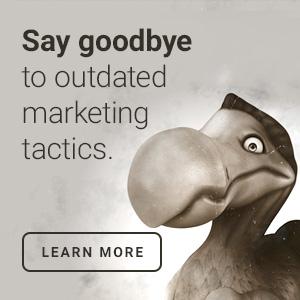 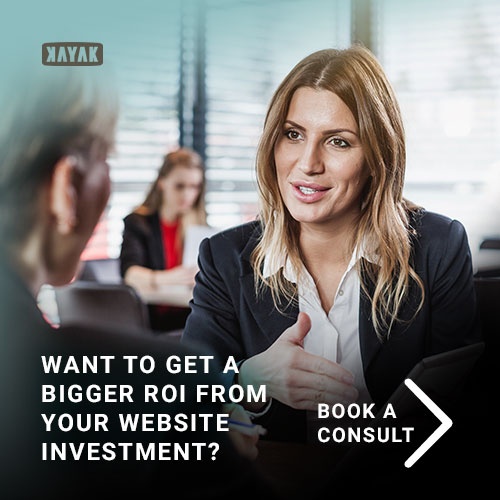